The construction industry knows all about BIM, the high-tech Building Information Modeling that has revolutionized the ground-up design and construction process by providing a detailed, virtual, 3-dimentional model of a structure before any ground is broken. 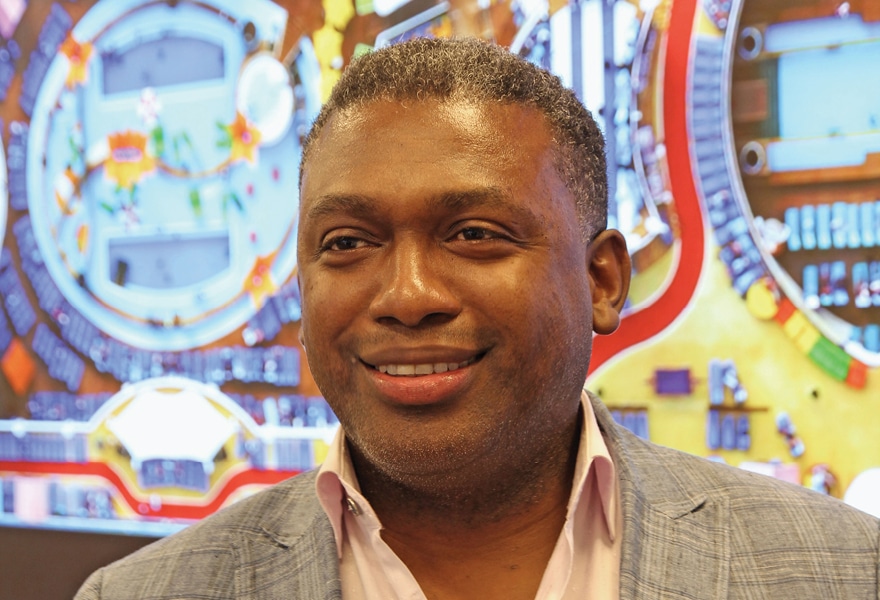 Assembling large cruise ships is quite a departure from landside design and construction, Loiseau explains, and given the size of these vessels, it is like designing a self-sustaining community that appeals to a wide variety of guests from around the world.

Loiseau’s employer has the means to do this. Royal Caribbean, owner of the largest cruise ships ever constructed, has a custom-built and state-of-the-art immersive virtual reality system called CAVE, which is similar to what Airbus uses to build airliners—only it’s three times the size. The CAVE, which is short for Cave Automatic Virtual Environment, is the brainchild of CEO Richard Fain. His plan is to take that immersive reality to the next level by having Loiseau and his team marry the CAVE with SHIM, leveraging gaming engines and CGI (computer generated images) technology.

“If you are an up and coming designer and are actively avoiding virtual technology, you are on your way to putting yourself out of a career,” says the 43-year-old Haitian native who’s long understood the value of keeping abreast, if not ahead, of the high-tech curve.

Given how technology can simplify the most complex process and greatly enhance user experience, it’s no wonder Google, Apple and Facebook among others are investing so much in virtual technology, and Loiseau is well aware that it is no different for his industry.

“Technology has democratized design,” says Loiseau. “You no longer have to be an architect or a designer to understand plans and design concepts. Any investor or layperson can now visualize design intent.”

Cutting-edge tech at his disposal

Entering the CAVE allows you to experience in great detail a Royal Caribbean ship that’s being built by one of the company’s shipyard partners around the world.

“This is a company that consistently pushes the boundaries of what is possible,” says Loiseau from his office atop a conference room with high-def LED screens, 35 by 13 feet. “We do that by walking inside a future ship.” 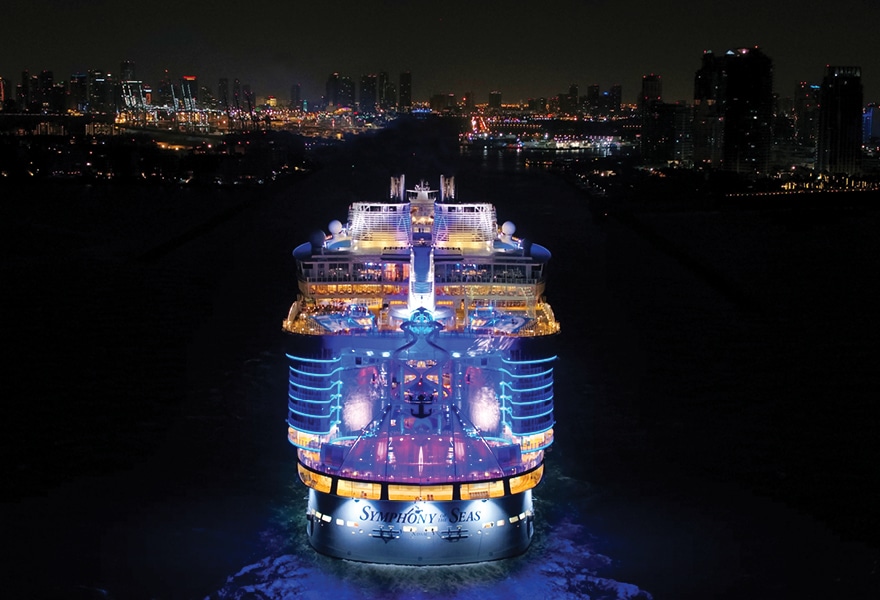 Loiseau came aboard Royal Caribbean in time to aid the design consultants to visualize their progress for that ship as well as other projects, by allowing them to virtually walk through the progression of their work. For that they needn’t go to France—just don 3D glasses and a pair of felt loafers that won’t scratch the floor of this massive innovation lab. It’s where creativity meets technology, and the results can push the proverbial envelope before the framework is ever laid in dry dock.

“Once you actually experience the space, you’re better able to provide feedback on the design and continue to improve it,” he says. “It’s so much easier to make it a better guest experience when you can explore it virtually. You don’t want that design element over there, well just move it without having to do any heavy lifting.”

And what a competitive edge such technology provides, Loiseau goes on to say. Royal Caribbean has over 60 ships under its various brands, and the company both builds from scratch and modernizes existing vessels. With today’s cruise market having to appeal to a modern demographic, Loiseau reminds how essential it is to set a new bar for such amenities as dining, entertainment, luxury accommodations and out of this world experiences and destinations. 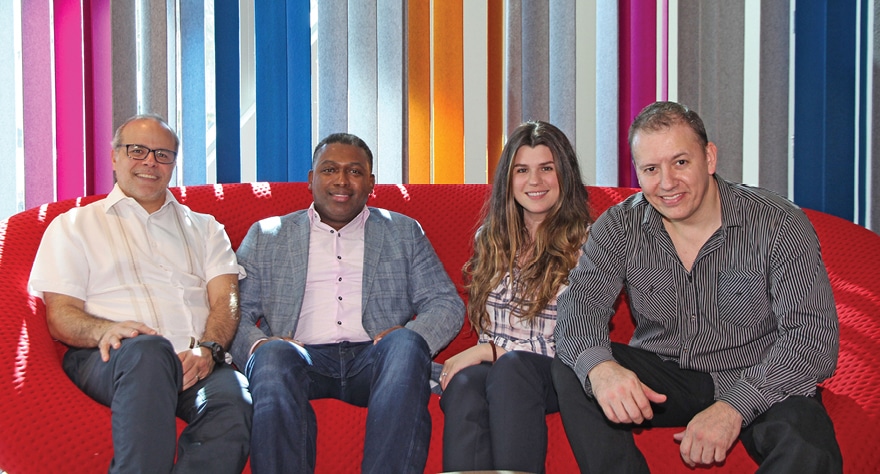 The company is enhancing its headquarters at the Port of Miami, and rapid expansion is happening in the VDC (Virtual Design & Construction) department which already includes a team with specialized skills from the processes of design to virtual reality. Loiseau expects to double his team by 2020. BIM-savvy architects and engineers need apply, he says, as long as they’re creative enough to translate their expertise to SHIM. Same goes for virtual reality specialists who might have cut their teeth in the video game industry and now are ready for a bigger challenge.

Surprisingly enough, Loiseau has yet to embark on a cruise. He joined Royal Caribbean a few months ago, just after his wife gave birth to their first child, a son named Tristan. That will change, he assures.

The company was impressed with Loiseau’s previous experience as a virtual design and construction consultant. The fact that all his skills had been practiced on dry land didn’t preclude Royal Caribbean from seeing Loiseau’s potential, though it took quite a few interviews before he was welcomed aboard.

Since his 2007 graduation from Florida Atlantic University with a degree in architecture, he has continually looked to push the boundaries in the industry.

“I’ve never been afraid of change, and the floodgates have been opened to all kinds of possibilities,” he says. “Which now includes being able to virtually walk inside a future ship.”

Though future ships could be bigger than the world’s largest vessel, Symphony of the Seas, the process of inception to completion has been streamlined to five years, thanks to the capabilities of technology and, of course, the people who make it hum. 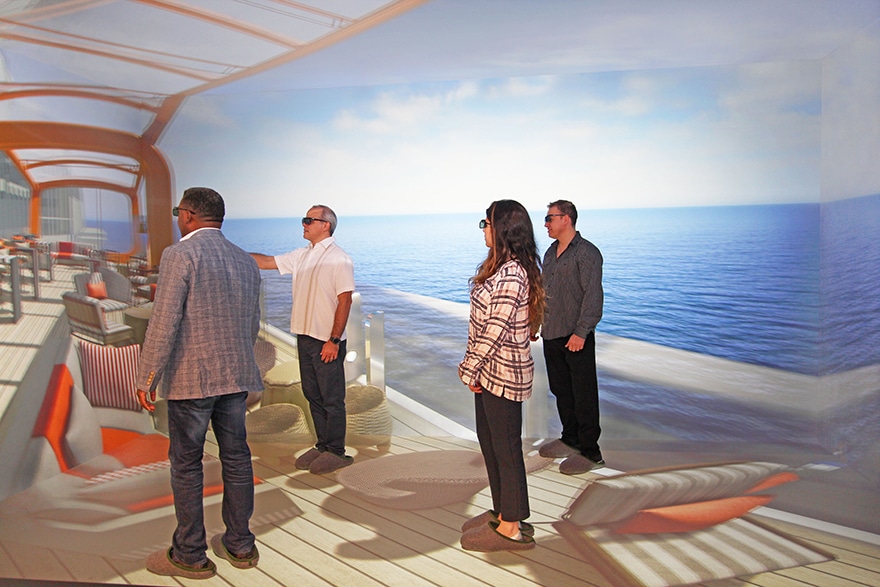 Loiseau’s credentials here seem apparent but he’s quick to explain that he comes from a family of achievers, his father being a dentist and his mother a personnel officer at a utility company. They’d stress to their six sons and two daughters the value of a U.S. education, and Loiseau proudly says all his siblings have moved to professional careers in the United States or Canada.

He can only hope they find theirs as fulfilling as his, though Loiseau acknowledges that he’s just a cog in the process.

“The collaboration we must have to produce ships like this is mindboggling compared to what I used to do on land,” he says. “The contracting, the hiring of architects, the coordination with the yards wherever they are. I’m still learning.”

Being adept with cutting-edge technology certainly hastens the education. 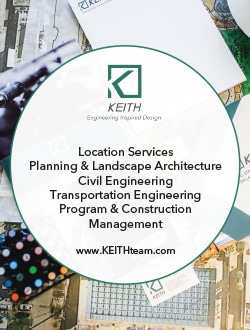 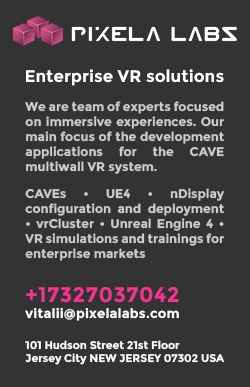 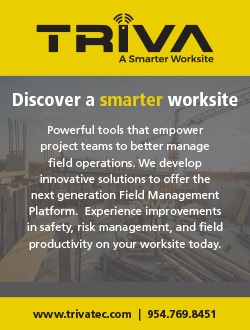