Although she’s not a teacher, Alexis Baker impacts students every day.

As the director of facilities at Manheim Central School District, she says she considers their experience in every project. Whether with large undertakings, like renovating the high school, or smaller ones, such as creating a pollinator garden at the middle school, Baker tries to consider the students’ point of view.

At the same time, Baker is also carving out a space for herself. 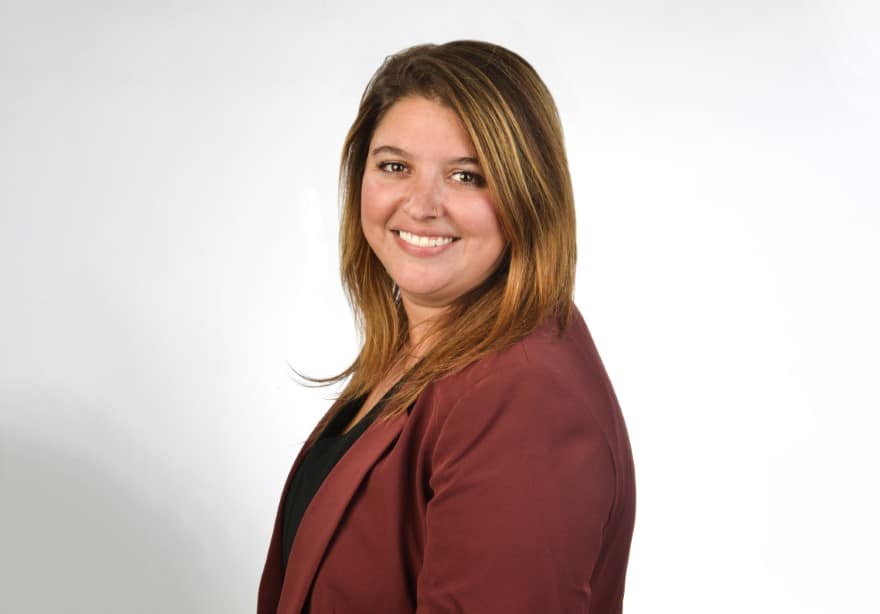 “I don’t want people to be shocked to see a woman in a facilities role,” she says of the male-dominated industry. “I want students, as well as my two young daughters, to see that no matter what industry they go into, they can break those gender stereotypes.”

Baker has only been with Manheim Central School District, located in Pennsylvania, since June, but already has a slate of projects she’s working on. The district is comprised of four schools, with the high school being a focus for Baker right now.

Renovations at the 53-year-old building are in the early stages, with the designs being finalized prior to Baker being hired. Two weeks after she started, the project was turned over to a general contractor. The $  million project will be done with students on site using modular classrooms and is expected to be completed by August 2024.

While an addition was put on in 2015, most of the building is outdated and needs to be modernized, Baker says. For example, it doesn’t have air conditioning, so adding that and a new HVAC system is a priority, she says. 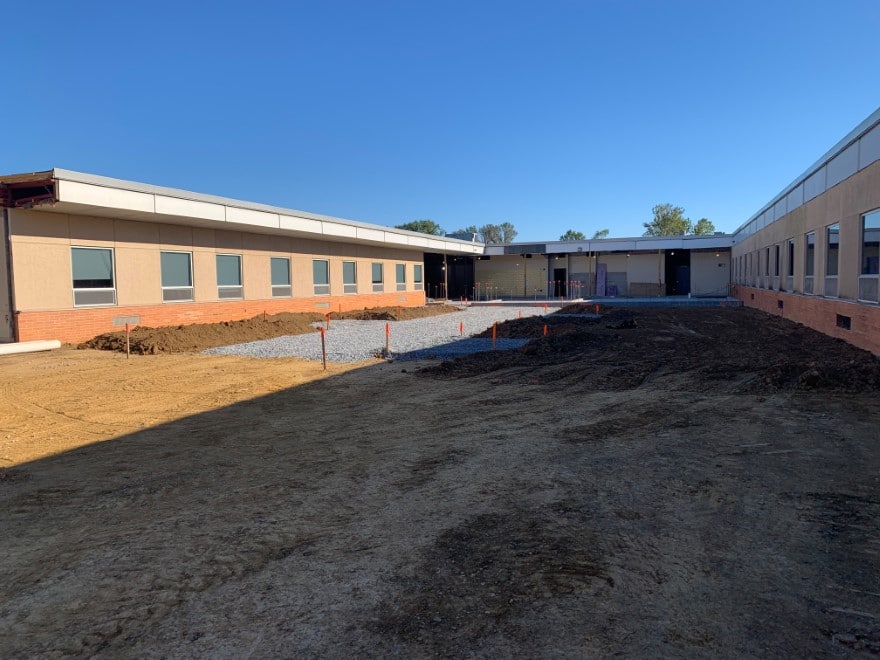 Energy efficient lighting will be added throughout, with the school expected to become LEED v4 certified. The certification, which is through the Leadership in Energy and Environmental Design program, is the highest for “green” buildings.

The renovated school will also have open spaces students can use to work together.

“The goal of the renovation is to create a more modern and collaborative space using a learning commons atmosphere,” Baker says. “These kids deserve the best we can give them and it’s my job to make sure they have that.”

This mindset is also driving Baker in her plan to upgrade the district’s athletic facilities. Manheim Central is known for its football team, she says, so the first thing she’s working on is replacing the stadium lights, which are 20 years old, with LED.

The project hasn’t been awarded to a contractor yet, and she says the replacement won’t begin until after the fall 2021 football season is over. She says this will give her and the contractor more time to secure materials instead of having to rush. 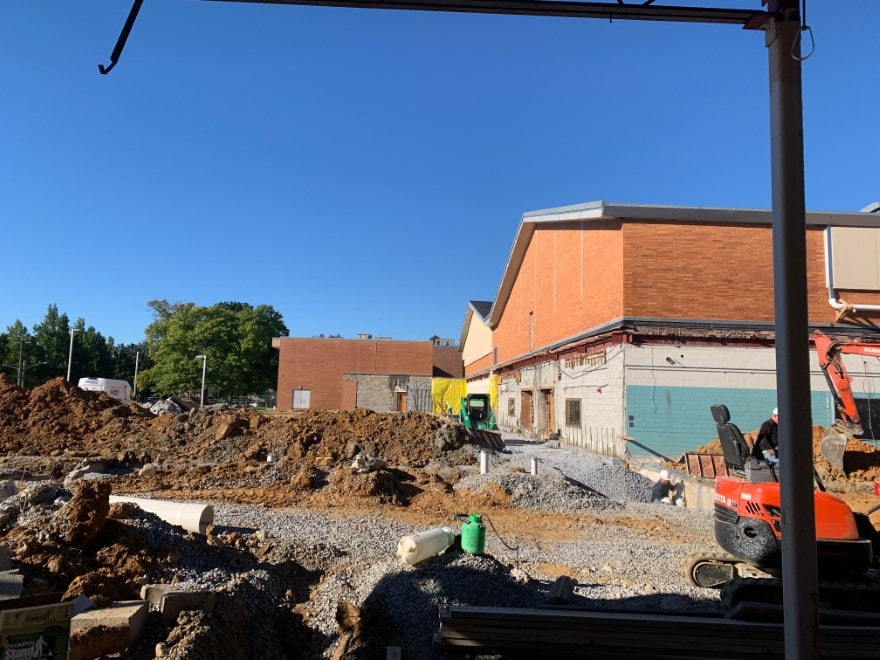 “I’m very excited for the experience students will have with nice, new lights,” Baker says. “And the fact that it will be more sustainable is important to me.”

She’s incorporating sustainability into other aspects of the schools, as well. A garden at the middle school will have plants to attract a variety of pollinating insects, which Baker says is a passion of hers.

The area, located in front of the school, is currently a wetland, and Baker plans to change the trees and shrubs in the area to flowers and plants. She’ll be working with science teachers from all the district’s schools to build the garden.

The hope, she says, is that in addition to using the pollinator garden to learn about insects, students can also be involved from the beginning.

“One of my favorite things about this job is that I can be more involved in shaping students’ experiences,” Baker says.

While Baker never wanted to be a teacher, it wouldn’t have been an unexpected choice for her. After all, both her parents are teachers.

Instead, Baker earned a degree in fashion buying and marketing. After graduating, she pivoted when she discovered, and fell in love with, facilities work. She got her start at Lebanon Valley College, where she also earned her M.B.A., as a facilities business operations manager. 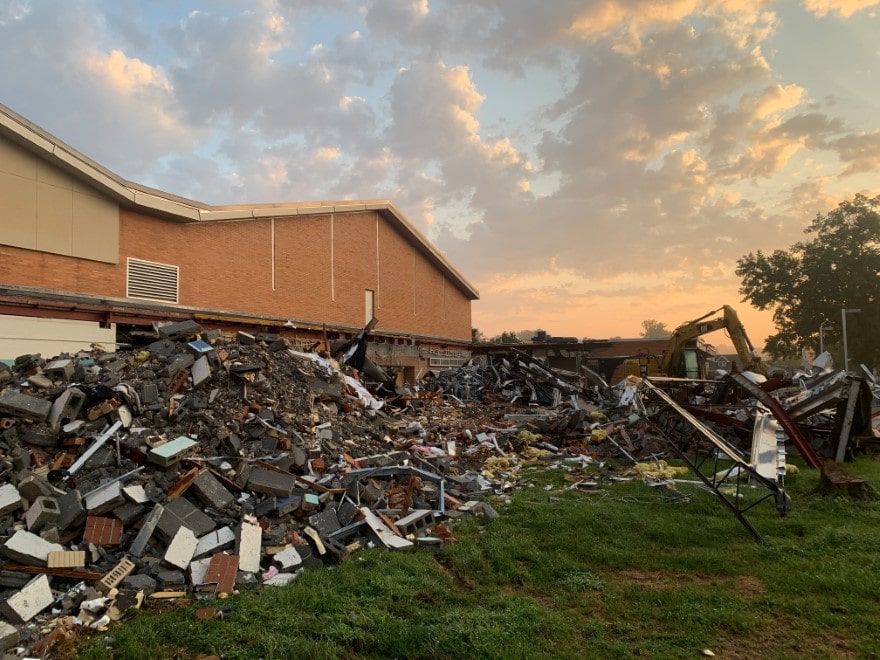 After six years at the Annville, Pennsylvania, college, she was hired at Harrisburg Area Community College as a projects and grounds supervisor. She was being trained to become the facilities director there but was intrigued when she heard Manheim Central was hiring.

Baker had grown up near the district and had been wanting the chance to work more closely with students.

“When I saw the job posting, I felt in my soul it was the job for me,” she says. “And it turned out to be true.” 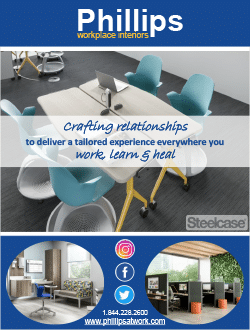