Founded in 1920 by Pendleton S. Clark, Clark Nexsen provides expertise in architecture, engineering, planning, interior design and landscape architecture. The firm manages nine offices throughout Virginia, North Carolina, Georgia, Texas and Washington, D.C. Clark Nexsen is ranked in the top 20 architecture/engineering firms by Building Design + Construction and has been named to the prestigious Architect 50 by Architect Magazine for the past four consecutive years. 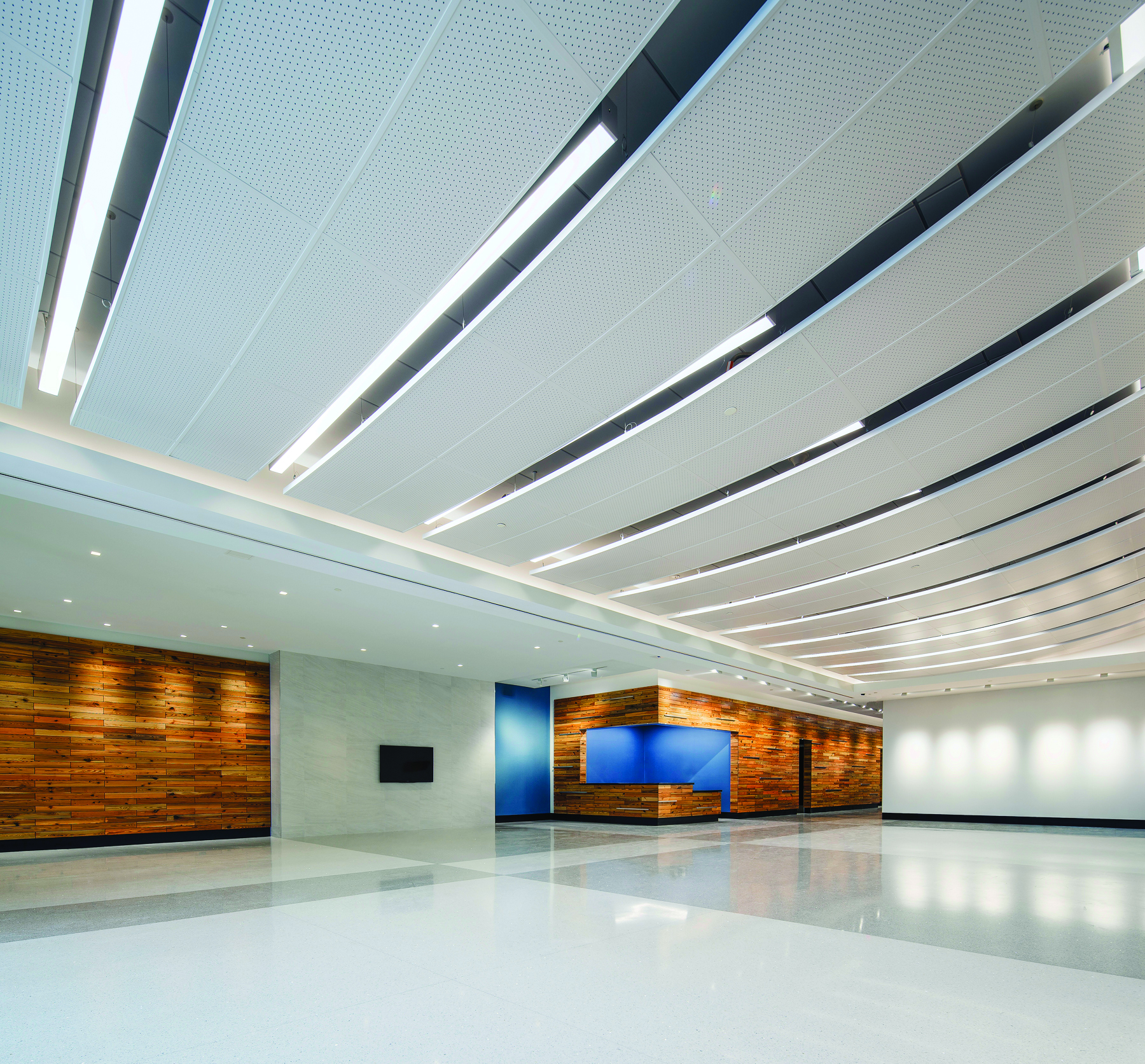 The new 4525 Main Street is a 794,000-square-foot mixed use facility. The building contains nine floors of office space with over 900 parking spaces on six levels of parking. The structure totals 15 stories and is crowned by an architectural penthouse which extends the height of the structure while housing the building’s cooling tower. With a flexible design, 4525 Main Street accommodates various business configurations and technologies.

The lobby of the building features several walls that are covered with reclaimed wood from the Washington Navy Yard as well as signature art wall completed by a local artist. The tower element defines the corner of Town Center and Main Street with restaurants and upscale ground-level retail appealing to the younger demographic. More than 400 apartments were constructed in concert with the Tower on the same block creating a live-work-shop urban community.

Steve Todd, senior project manager for Clark Nexsen, says a unique challenge early in the project was to develop the entire 15-story structure as total pre-cast. A materials supplier presented the idea of a precast structure to save both cost and time. “There had never been a structure completed in this area to that height in total precast,” says Todd. “The team realized this was worthy of investigation if it in fact could be the structural solution. However, after three months of planning, investigation and pricing, Armada Hoffler asked the design team to pursue a cast-in-place structure with more glass incorporated to allow greater flexibility in the aesthetic design.”  The collaborative effort resulted in structure which further enhances the Town Center skyline.

Ahead of the game

With Clark Nexsen slated to be the lead tenant of 4525 Main Street, the firm was under pressure to be moved out of its previous site. “This placed a lot of pressure on both the construction and design side,” recalls Todd. Despite the tight schedule of 20 months, having lost three months to pre-cast design effort that was not used, 4525 Main Street proved to be a great success story of collaboration in order to get the job done. “We all pulled together as a team, contractors, architects, and engineers, and were able to open the building several weeks ahead of schedule,” adds Todd. “The construction and preconstruction services groups along with the design team met bi-weekly to make decisions together and not only develop an attractive building solution, but also achieve LEED-Silver certification.”

Clark Nexsen’s Interior Design Department utilized its Move Management Team, in conjunction with their internal IT Department, to move 80,000 square feet of office and 320 employees from Friday morning through Sunday evening to only loose one working day.

Aside from developing the eye-catching architecture of 4525 Main Street, Todd says that the structural and fire protection components of the building were some of the early design challenges of the building. With codes modified since the 9/11 terrorist attacks, the design team faced some interesting challenges concerning the core of the building with elevators, stairways, and notification system.

With the completion of 4525 Main Street, Clark Nexsen adds to its ever-expanding portfolio of challenging and innovative projects.

“Our fire protection engineers and architects worked very diligently to address those issues and develop a solution that would allow the flexibility this type of building demands,” says Todd. “Additionally, Our structural engineers were challenged to limit the size of the columns both for the greatest open area as well as to limit construction costs, they were really under the gun to handle the loads while making the column sizes as small as possible.”

With the completion of 4525 Main Street, Clark Nexsen adds to its ever-expanding portfolio of challenging and innovative projects. As project manager, Todd says that he is proud of his involvement with 4525 Main Street. “It was an opportunity for our firm to design a key structure in a very prominent area of our community,” he shares. “Another great aspect was the fact that we were designing what was to be our company’s new home.”

After nearly a century in business, Clark Nexsen Architecture & Engineering will continue to build upon the belief that great ideas come from collaboration. 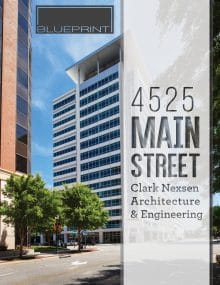