Trying to get regulatory relief on the road

President Trump picked an appropriate locale to renew his infrastructure pitch in early June, the great American city of Cincinnati, where the Brent Spence Bridge over the Ohio River is said to top the list of national infrastructure emergencies.

A threat to public safety and economics alike, it’s so deemed by The Hill—that District of Columbia newspaper much read by the nation’s movers and shakers. Not aging gracefully, the 53-year-old Spence is driven upon by 160,000 vehicles daily—twice what it was built to handle—and the Ohio Department of Transportation foresees that number only increasing.

The cost of a new bridge: $750 million, but only if the project gets underway today.

The funding sources have yet to be identified and even if they were, there would be a slew of delays and legal challenges over the demolishing or removal of structures said to be historic, environmental issues stemming from changes to the river, and the rerouting of vehicular and barge traffic.

So motorists on Interstates 75 and 71 to and from Cincy may best be advised to keep their eyes on the road, hands on the wheel, hope no more debris falls from above and, of course, don’t text.

And all of us should listen and think critically while Trump again calls for a long-term, streamlined $1 trillion public and private commitment to infrastructure, the general formula of which calls for $200 billion in federal spending augmented by state and local funds, and tax breaks and assorted incentives for industry.

Diana Parks is giving all of that deep thought.

A partner at the Manhattan affiliate of global heavyweight Dorsey & Whitney, Parks is at least somewhat encouraged by what she’s hearing from the White House. She acknowledges that Trump is floating an ambitious agenda with devil-ridden details and no shortage of critics alleging everything from corporate welfare to impracticality to the old line about public-private partnerships, meaning that something public becomes something private.

But give Trump credit, she says: He does have a business mind and that separates him from his predecessors. That’s predecessors as in plural. One would have to go back a long time to name a president who had gotten to the White House via the business route.

“I do think Trump has the business savvy, unlike prior presidents, to make a difference here. I’ve been encouraged about what I’ve seen.”

“I do think Trump has the business savvy, unlike prior presidents, to make a difference here,” says the personable Kansas City Law School grad who, for the past 18 years, has advised public-private partnerships (P3) involving airports, bridges, highways, railroads, dams, platforms and mass transit. “I’ve been encouraged about what I’ve seen. I think we are going to see more streamlining in the federal process and the freeing up of obstacles that have precluded progress.”

Asked which projects should be prioritized, Parks includes the Spence Bridge on a list of substandard infrastructure from sea to shining sea and across the fruited plain.

Back on the rails

There’s the Gateway Program, the planned phased expansion and renovation of the rail line between Newark, New Jersey, and New York City—a $20 billion endeavor with a completion date hoped between 2023 and 2025. When and if complete, capacity would be doubled to an extra 50 trains per hour and enable high-speed rail in a part of the nation where traffic tie-ups and bridge closures—be they necessary or contrived—are legendary.

Unveiled in 2011 and deemed vital by former President Barack Obama and present Transportation Secretary Elaine Chao, the project has had a hard time getting off the blueprints, initially set back by Superstorm Sandy wreaking havoc on Hudson River tunnels. Even today, it’s unclear just how it would be funded, as the two states and Washington can’t reach accord. The only certainty is that as long as Gateway is delayed, the more costly it will be.

Though a long way from her normal visits, Parks looks to the northern plains as another area in need of federal investment. That Red River Valley made famous in the cowboy song, well, it seems much less romantic come April when snowmelt mixed with rain causes it to overflow its banks, so inundating the flatlands that over the years Fargo, North Dakota, has had to buy 700-plus houses in low-lying areas.

For years, a diversion project has been advocated, and a $1.5 billion effort continues to be evaluated by multiple government agencies, and well it should. Flood protection in one area can mean more flooding down river—a situation that Louisiana can relate to. But for the folks in Fargo-Moorhead, April brings with it not the sweet smell of spring but the danger and destruction of high water. To some North Dakotans, next spring is never very far away, but relief from their annual trials and tribulations isn’t even on the horizon.

Time’s wasting on the tarmac

Then there are the airports, two of the worst of which Parks knows well, the Californian’s personal and professional lives being on opposite coasts.

That has necessitated Parks using Los Angeles International and LaGuardia and then being stuck in traffic while work proceeds, slowly, on bridges, roads and tunnels.

Forbes Magazine says such delays cost Americans 4.8 billion hours of productive time annually. All Parks knows is she’s been saddled with an inordinate number of those hours. 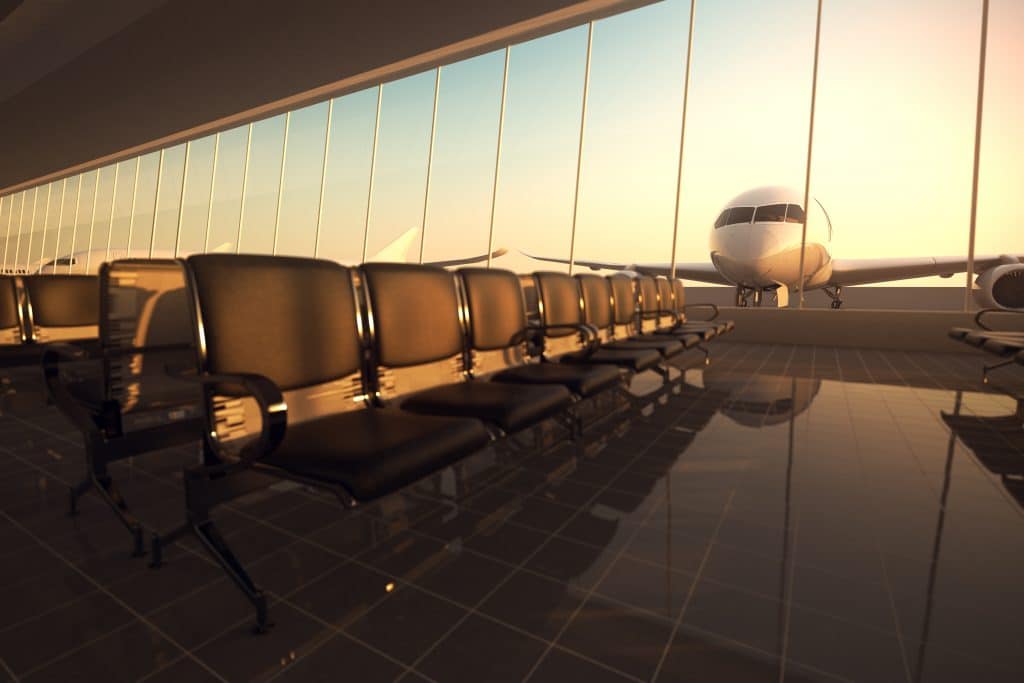 “New York and L.A., those airports all have facilities that were built long before there was a need to accommodate so many passengers,” she says. “I avoid LaGuardia at all costs even though it’s the closest airport to Manhattan. It’s in embarrassingly bad shape.”

It should be noted that pre-Trump, modest renovations were either planned or underway at LAX while a long overdue overhaul was commencing at LaGuardia. But other airports await upgrades, and such projects are always politically sensitive as new or reconfigured runways bring out community opposition. Still, it needs mentioning that abutting residents knew there’d be low-flying planes when they moved into the neighborhood.

When it comes to soliciting commentary on infrastructure, Parks may not be the most objective observer; as a go-to lawyer for infrastructure, she has a vested interest in getting projects moving. But given the ample time she’s been stuck in airports and roads from coast to coast, her views must bear consideration.

“For many years the administrations of this country have acknowledged that we need a much more efficient system for the environmental process in order to bring our country’s infrastructure back to order,” Parks says.

“To date, every major U.S. infrastructure project requires several years to get through the environmental process, and then often only to be faced with the uncertainty of litigation that can linger on for many years. We simply will not get our infrastructure built with this impediment.”