The big event has passed, but not the reasons for it

With Safety Week in the rearview mirror, 8 companies keep on being safe

During National Safety Week, which began April 30, many of North America’s most prominent builders took the opportunity to highlight—often-times quite legitimately—their ways of protecting employees from undue risk.

While that week as come and gone, construction hazards still abound, as do the companies addressing them.

From the conspicuous green helmets Milestone Contractors requires it new hires wear at construction sites to continuing education for workers even in an office environment, safety is more than a focus or a PR stunt. It’s simply good business, and Blueprint is proud to share examples of the safety-first approach of some of the companies and business we are familiar with.

What binds these companies together is a realization that on-the-job safety is the sturdiest common ground between management and labor. It minimizes sick leave and liability while enhancing the ability to recruit good employees in a tight labor market. It builds morale.

All of which may make the rank and file roll their eyes while donning hard hats that once were made of leather and breezing past the mandatory OSHA poster. But to paraphrase George Santayana, those who forget the bad old days on the work site may be doomed to repeat them.

And there were a lot bad days in those mines, mills, factories and construction sites of old.

No fewer than 213 workers perished while building the Hoover Dam, succumbing to such occupational hazards as Southwest heat prostration, tumbling rocks, electrocutions and drownings. 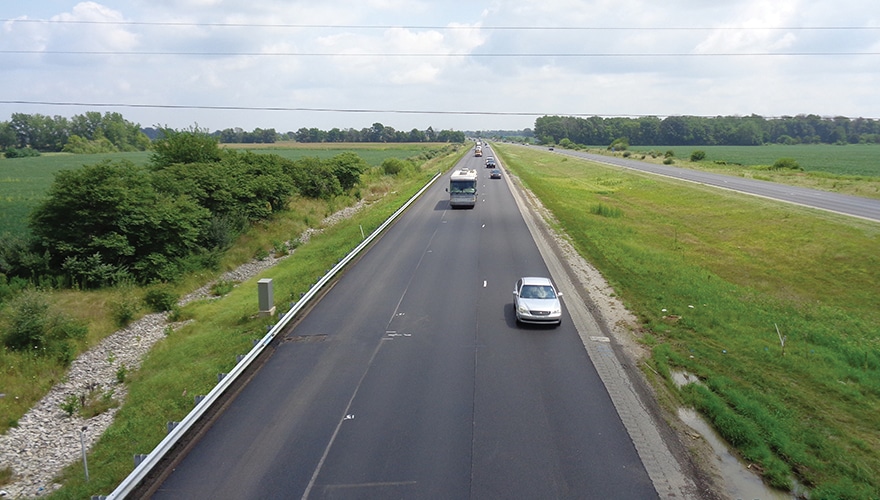 The casualty count of those who built the Panama Canal will never be known by any mortal. Suffice to say that waterway is a veritable mass grave; an estimated 20,000 workers perished during its first 20 years of construction that began in 1878, and thousands more before the first ships rode that new wave of commerce in 1914.

While workplace safety can never be perfected, at least the term isn’t oxymoron anymore, and farsighted companies can take some credit, as can the federal Occupational Safety and Health Act of 1970.

While a perfectly safe workplace can never been assured, management and labor at least can agree that dangerous on-the-job conditions are simply bad business.

Founded in California but long since based in Kentucky, the Bullard Co. continues to contribute to safety, as it’s done since the immediate post-World War I years when E.W. Bullard, son of founder Edward Dickerson Bullard, realized that western miners needed some type of protective headgear similar to what he and his fellow doughboys wore in the trenches. The 1919 prototype has been improved many times, and an array of models now shield the noggins of first responders, construction workers, miners and many others whose livelihoods may include putting themselves in some kind of harm’s way.

Marketing director Wells Bullard, the founder’s great-great-granddaughter, loves to see construction workers wearing the company’s headgear while on break; they wouldn’t be doing so if the helmets weren’t comfortable as well as safety-enhancing.

Of course, helmets can’t protect workers from all accidents. The men who built the Golden Gate were required to wear hard hats, but that was hardly adequate safety for the 11 who died from falls—including 10 on a disastrous Feb. 17, 1937 when the bridge was nearing completion. But at least the overall casualty count was significantly lowered by safety netting—the 19 men who plunged into it were said to be members of the Half Way to Hell Club; its last survivor being Al Zampa, who died peacefully in 2000 at the age of 95.

A heavyweight in any kind of infrastructure construction, Henkels & McCoy Inc. sums up its daily mission quite succinctly: Nobody Gets Hurt!

Between 2008 and 2016, the Pennsylvania-based company says its employee injury rate fell 63 percent. Some of that improvement might be attributed to H&M joining OSHA, the IBEW, industry groups EEI and NECA, and several contractors in founding the Electrical Transmission & Development Strategic Partnership to develop a common vision and commitment to provide employees with a safe and healthful workplace.

H&M also enlists DuPont Sustainable Solutions to survey employees, and reports its record to be above average in the execution of safety management systems.

A former OSHA inspector, James Manoli, does his best to ensure safety with New York-headquartered construction manager Barr & Barr, noted for expertise in big institutional projects as well as a low Experience Modification Rate. He’s authorized to teach OSHA’s mandatory safety courses, and wants that EMR lower than any project’s foundation. The EMR is used by insurance companies to gauge past cost of injuries and future chances of risk. The lower the number, the safer the operation in the eyes of those who charge for liability coverage

Now about halfway through the completion of an advanced science center at Amherst College in western Massachusetts, Barr & Barr says it develops a site-specific safety plan for every project, taking into account such areas as fall protection, excavations, scaffolding, personal protective equipment and emergency procedures.

Safety is stressed just as rigidly where Louisiana-based SAS Construction Inc. performs industrial construction and maintenance, mostly in the South and Midwest. Vice President David Holmes, who also serves as safety officer, is a veteran of more than 35 years in the construction industry, and believes in the basics.

SAS’s hands-on approach leaves no margin for error. Project managers rarely venture from the job sites, and with the help of the superintendent and crew, problems are preempted.

Another Louisiana operator, Rittiner Equipment Co., may have the least margin for error, its specialty being the installation, maintenance and servicing of fuel pumps at hundreds of gas stations between Florida and Texas.

“If you don’t know what you’re doing, you could blow up a gas station,” says Perry Rittiner. Capable people are hard to find and retain in this line of work, so he compensates them well—after they’re certified in rigid safety courses. Now 63, Rittiner’s safety record speaks for itself, but he defers credit to the careful men and women in his employ.

Electricity can be plenty volatile as well, not to mention shocking, and for Block Electric to become a mainstay in Illinois’ institutional work, it had to demonstrate commitment to safety. Its full-time safety director, Phil Casto, notes the correlation between accident prevention and efficient production, and is a stickler for OSHA provisions.

To Casto, safety-first is prevention-first rather than post-accident reaction. Employee training, equipment inspection, pre-planning and discussions of new hazards are ongoing tasks. And if there’s an accident, it’s going to be discussed in depth.

It’s a similar mindset at another Illinois operation: Rock River Electric Inc., which in just 10 years has so thrived that it’s moved into a new 12,000-square-foot facility in Colona and now includes communications and data management in its services, with work spreading into Iowa and Wisconsin.

Rock River founder TJ Thompson is rightfully proud of the productive decade—and of the 2014 and 2015 safety awards from NECA District 4.

All lose with injuries

Of course, some workplaces can’t help but be inherently dangerous, and when those who toil in such environments act recklessly, someone has to step up.

Long before becoming president of hockey operations of the Calgary Flames, Brian Burke (profiled in a sister publication to Blueprint, Vanguard) worked for the National Hockey League’s New York City headquarters where his duties included disciplining the unruliest players. That was back in the mid-1990s when the game was notably more merciless. 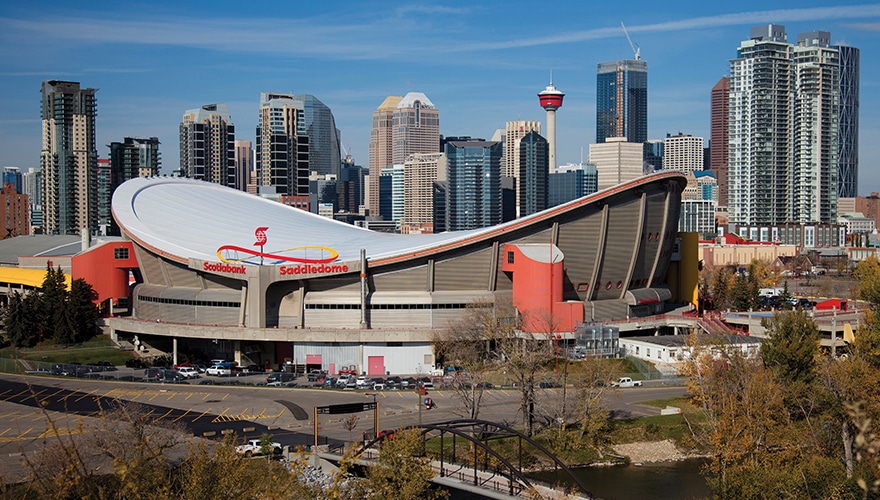 When a St. Louis Blue named Chris Pronger sticked Washington Capital Pat Peake, seriously injuring his throat, Burke admonished him with a four-game suspension. Lesser mayhem has since been dealt with more sternly by the NHL, a further testament of a safer workplace everywhere.

OSHA largely remains a spectator on the sporting side of business, but its role could be evolving with the attention now focused on the injury risk—particularly concussions—in all contact games. The very threat of OSHA action—and lawsuits—factors in sports leagues taking player safety much more seriously than in years past.

So imperfect as it may be, OSHA is not just the four-letter word that some industry titans may still deride. It even represents what today might seem a rarity: Cooperation in Washington among the most disagreeable constituencies.

Back in 1970, Capitol Hill was perceived every bit as divided and dysfunctional as the present one. The president, Richard M. Nixon, was not known as a unifier. But for many reasons—some high-minded, some political—Washington came together and a few days after Christmas, Nixon signed a bill that sought to ensure that employers would provide workplaces safe from hazards that were killing 14,000 employees annually while injuring, even maiming, 2 million others.

Here at BluePrint we commend every company that abides by the letter and spirit of that safety landmark, during and after Safety Week.